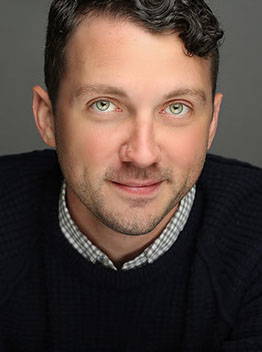 Anthony Daniel is a New York City based Director/Choreographer. He made his New York City directorial debut with Out of the Box Theatrics' production of Jason Robert Brown's Songs for a New World. Regional works include productions of The Marvelous Wonderettes, Sister Act, Buddy: The Buddy Holly Story, Mary Poppins, Murder for Two, Million Dollar Quartet, and more. He serves as the Associate Director on the National Tours of Charlie and the Chocolate Factory and CHEERS! Live on Stage as well as the American Premiere of Grumpy Old Men. Anthony is a Resident Faculty member of The Growing Studio in NYC as well as serving as a Consultant / Director for numerous collegiate showcases. As a performer, Anthony toured the globe with Disney's Mary Poppins, Fiddler on the Roof, Grease, and was an original cast member of the World Premiere production of Disney's High School Musical. Proud Associate Member of SDC.  www.anthonycdaniel.com