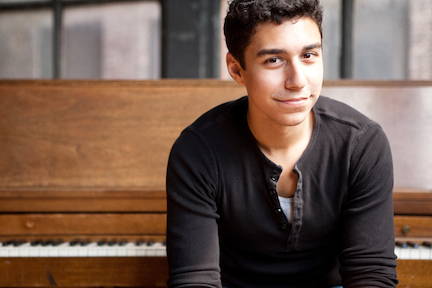 Joey Contreras is a musical theatre and pop songwriter originally from California. He is internationally known for his first album Love Me, Love Me Not, which featured an all-star lineup of Broadway talent and spawned performances of his music around the world, including the US, Australia, London, South Korea, Germany and Japan. In 2014, his second and more pop-focused album, Young Kind of Love, immediately debuted in the iTunes Pop Charts. Out Magazine labeled the sophomore effort “sexy and catchy,” and branded Joey a “Broadway-pop crossover extraordinaire.” In 2016, Joey wrote the music and lyrics for the Disney Junior animated short, “Kiwi’s First Flight,” featured in the series, “Lights, Camera, Lexi!”

Hailed as one of Playbill’s “Contemporary Musical Theatre Songwriters You Should Know,” Joey is a 2018 Jonathan Larson Grant Finalist, and his musicals with bookwriter/lyricist, Kate Thomas, include Ring Around (Provincetown Playhouse, Tisch, IWU, O’Neill NMTC Finalist), and Forget Me Not (The Dare Tactic, dir. Catie Davis). He also has written the music and lyrics for the song-cycle, In Pieces (originally presented at Lincoln Center).